Which is the best Stilton...? 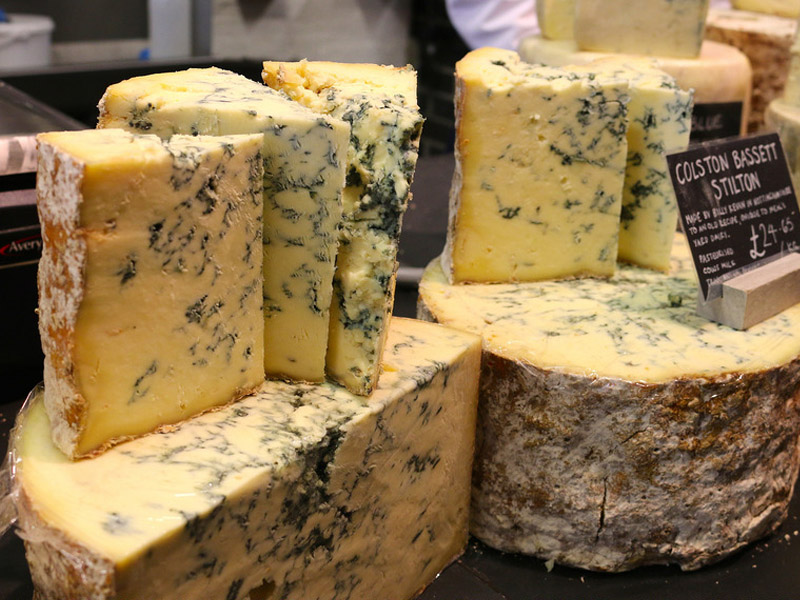 There’s a fair chance that you’ll still have some left over bits from the festive season. Fairy lights, the odd stray bauble, or a bottle of lonely Bristol Cream that you’ll unashamedly bring out next year, or perhaps at the back of your fridge there could be a couple of cheeses lurking from a forgotten cheeseboard, one of the likeliest culprits being our old friend, the stilton. In this post, we’ll be discovering a little bit more about this deliciously divisive cheese and showing you which stilton cheese is the best. Each of the dairies we’ve chosen have either won awards or have passed down the cheese making tradition through the generations, and that’s why each of these stunning stiltons deserve a spot in your new year to be enjoyed as part of a healthy lifestyle.

Stilton production first began in the early 1800's in the village of (surprisingly) Stilton, located just south of Peterborough. No one is 100% sure who created the first slice of stilton, but the recipe for stilton was first printed in a newsletter in 1723! As the popularity for stilton grew, it was regarded as ‘The King of English Cheeses’ for it’s depth of flavour, complexity and limited production, which bathed it in exclusivity. Alas, it hasn’t always been the smoothest ride for stilton.  Thanks to record unemployment and the prospect of war, in 1939 stilton cheese became seen as a luxury and production was ordered to stop in favour of cheddar, the chosen cheese for rations. It wasn’t until 1948 where production was given the all clear and the newly appointed Stilton Cheesemakers Association made sure each stilton produced was to the same exemplary standard that gave the cheese its royal title. Today, there are only 6 producers of the cheese in the world, in Derbyshire, Leicestershire and Nottinghamshire, as the cheese achieved Protected Designation of Origin status back in the mid 20th Century and can only be made in it’s neighbouring counties.

The Colston Bassett Stilton is widely regarded as one of the best Stilton you can get, however it’s producer is the smallest out of the six producers of true Stilton cheese. Located in a small village in the Vale of Belvoir, close to the Leicestershire border, this small dairy is run by a co-operative of farmers and is a local cheese in every sense of the word. The pasteurised cows milk used to make the cheese is sourced from dairy farmers within a mile and a half radius from the dairy, creating a flavour born only in the East Midlands. Produced since 1913, this fruity, rich and complex cheese has only had four master cheese makers, meaning this fantastic cheese has barely changed in over 100 years.

Another contender for the title is the Cropwell Bishop, who also calls the Vale of Belvoir home. Running for over three generations, they have not only brought a business to the village that has supported some of their workers for over thirty years, but some great tasting cheese along the way too! They source their milk from 16 different farmers located across the Peak District National Park, which is then mixed with rennet, cultures and the blue mould spores that give the Stilton its distinctive blue vein and left to mature for five weeks. With a cheesemakers shop onsite that holds a whole host of delicious treats from the family dairy, including Beauvale, Blue Shropshire, white stilton and the traditional rennet stilton plus other carefully selected products, the Cropwell Bishop team truly have cheese running deep in their veins.

Our final entry for the title of best Stilton is the Long Clawson, who shares its address with the world-renowned Melton Mowbray pork pie. Part of British food royalty, the Long Clawson dairy still uses the same age old techniques that made their cheese so popular generations ago. Thomas Hoe opened the dairy’s head office in the empty Royal Oak pub in Long Clawson in 1911 with a co-operative of farmers, each member together formed the cheese you can eat today. With a whole host of stilton cheese recipes on their website plus so many more, this dairy may be using some tried and tested techniques but they are definitely forward thinking when it comes to their cheeses! To top it all off, the Long Clawson Blue Stilton took home the UK Supreme Champion Cheese at the Global Cheese Awards, making this dairy surely one to contend with.

So which is the best? The Colston Bassett, with its unchanged recipe, the Cropwell Bishop with it’s incredible range and family history or the Long Clawson, global award winners who use age old techniques to get the perfect taste that’s been going for over 100 years…Well, you’ll have to let us know! Only you can decide which dairy is truly your favourite, so tell us on our Facebook page, Instagram or let us know in the restaurant.

From all of us here at Tom Browns Brasserie and Restaurant, we wish you a happy and healthy 2018, and hope it’s full of delicious treats that will